A survey done by Remedy Review shows that 89% of seniors would recommend CBD oil to their friends. CBD oil is becoming increasingly popular as a way to treat anxiety, depression, chronic pain, inflammation, and many more issues.

These claims are backed by strong evidence accumulated in a large number of health studies performed over the last couple of decades. A lot of these studies were performed on rats or mice initially but have moved onto successful human studies as well.

With increasing evidence to back the effectiveness of CBD oil, it’s time to start integrating it into health treatments for people of all ages.

What is CBD Oil?

CBD is often administered orally as CBD oil, but some users have been known to incorporate it into edibles or vape it as well.

Why is it Good for Seniors?

In the survey done by Remedy Review, seniors listed these top five reasons for turning to CBD oil:

42% said inflammation
9% said chronic pain
6% said poor sleep quality
8% said arthritis
4% said anxiety
There are many studies that point to CBD oil as an effective treatment for these issues.

Inflammation from injuries and arthritis is a common concern among senior citizens. This pain may inhibit them from partaking in certain activities or being social. It can also interrupt sleep.

One study evaluated the effect of CBD on inflammatory pain in rats. The rats were given the substance orally for a week after an injury. CBD proved to have anti-inflammatory effects and modified the response of the immune system to prevent inflammation.

This study proved that CBD is useful as an anti-inflammatory and also a prevention treatment for chronic pain.

This study ran for 5 weeks with a placebo group. It involved 66 people diagnosed with MS who experienced central pain. Cannabidiol was administered orally with a spray bottle as needed up to a maximum of 48 sprays in 24 hours.

Common arthritis treatments can come with a lot of negative side effects. But, studies have shown that CBD can help manage arthritis and inflammation without these side effects when applied topically.

A study was performed on rats to see the effects of CBD on inflammation and pain resulting from arthritis. The gel was applied to arthritic joints for four days. The joints were measured regularly to assess the level of inflammation.

The gel proved to reduce the swelling and actually thickened the membrane on the arthritic joints. Not only did it manage symptoms, but it actually helped to repair the damage.

According to HealthcareWeekly, CBD oil is most commonly known for its anti-anxiety properties. Seniors can experience a lot of anxiety and depression due to declining health, decreased mobility, or decreased cognitive abilities.

In a case series documenting the anxiety levels and sleep quality of 103 patients, patients were given CBD in a capsule form every morning. After only a month, CBD proved to be a useful treatment for both anxiety and poor sleep quality.

The study reported that 79.2% of participants reported a decrease in anxiety and 66.7% said their sleep improved in the first month and then fluctuated with continued usage.

Another study was done to test the antidepressant effects of CBD on mice. They found that when they put mice through stressful tests, the ones given CBD were able to take shorter breaks and were more energetic and curious after the tests than mice who were not given CBD.

Seniors suffering from chronic pain or mental illness can have a difficult time sleeping. Taking CBD can improve sleep quality because there is scientific proof that it can reduce chronic pain, anxiety, and depression.

When seniors are experiencing less physical pain and emotional turmoil, they are better able to fall asleep and stay asleep.

The seniors who were surveyed by Remedy Review listed the above topics as some of the main reasons that they started using CBD oil. Many of them reported an improvement in these conditions after regular usage of CBD.

Here are the top five symptoms that seniors say improved:

With all of these proven benefits, it’s no wonder that senior citizens are embracing CBD oil treatments. It offers a lot of health and wellness benefits and almost no side effects. It’s likely that seniors will continue to hold CBD oil in high esteem as we discover more and more uses for it.

How to Master Your Emotions and Eliminate Anxiety
Food Tip: How To Preserve Food Longer Naturally
How To Beat Covid-19 Naturally And Immunize Yourself + Global Live Updates

Posts You May Have Missed… 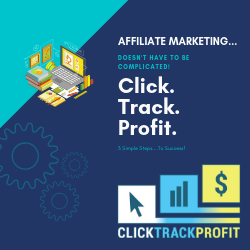 Visits to this site

I discuss a variety of products/services on this website and when possible, I will use affiliate links. If you follow an affiliate link and go on to purchase that product or service, I will be paid a small commission, however your cost will be the same. I only recommend products or services I know and trust.
This site uses cookies: Find out more.